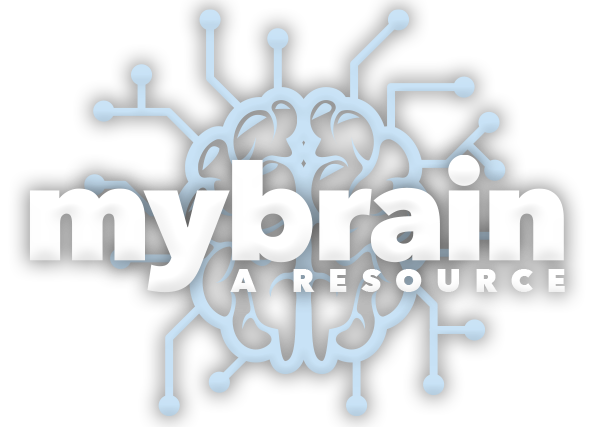 What is a cerebral aneurysm?

A cerebral aneurysm (also known as a brain aneurysm) is a weak or thin spot on an artery in the brain that balloons or bulges out and fills with blood.  The bulging aneurysm can put pressure on the nerves or brain tissue.  It may also burst or rupture, spilling blood into the surrounding tissue (called a hemorrhage).  A ruptured aneurysm can cause serious health problems such as hemorrhagic stroke, brain damage, coma, and even death.

Some cerebral aneurysms, particularly those that are very small, do not bleed or cause other problems. These types of aneurysms are usually detected during imaging tests for other medical conditions.  Cerebral aneurysms can occur anywhere in the brain, but most form in the major arteries along the base of the skull.

Brain aneurysms can occur in anyone and at any age.  They are most common in adults between the ages of 30 and 60 and are more common in women than in men.  People with certain inherited disorders are also at higher risk.

All cerebral aneurysms have the potential to rupture and cause bleeding within the brain or surrounding area. Approximately 30,000 Americans per year suffer a brain aneurysm rupture. Much less is known about how many people have cerebral aneurysms, since they don’t always cause symptoms.

What are the symptoms?

Most cerebral aneurysms do not show symptoms until they either become very large or rupture.  Small unchanging aneurysms generally will not produce symptoms.

A larger aneurysm that is steadily growing may press on tissues and nerves causing:

When an aneurysm ruptures (bursts), one always experiences a sudden and extremely severe headache (e.g., the worst headache of one’s life) and may also develop:

Sometimes an aneurysm may leak a small amount of blood into the brain (called a sentinel bleed).  Sentinel or warning headaches may result from an aneurysm that suffers a tiny leak, days or weeks prior to a significant rupture.  However, only a minority of individuals have a sentinel headache prior to rupture.

If you experience a sudden, severe headache, especially when it is combined with any other symptoms, you should seek immediate medical attention.

How are aneurysms classified?

There are three types of cerebral aneurysms:

Aneurysms are also classified by size: small, large, and giant.

What causes a cerebral aneurysm?

Cerebral aneurysms form when the walls of the arteries in the brain become thin and weaken.  Aneurysms typically form at branch points in arteries because these sections are the weakest.  Occasionally, cerebral aneurysms may be present from birth, usually resulting from an abnormality in an artery wall.

Risk factors for developing an aneurysm

Sometimes cerebral aneurysms are the result of inherited risk factors, including:

Other risk factors develop over time and include:

Additionally, high blood pressure, cigarette smoking, diabetes, and high cholesterol puts one at risk of atherosclerosis (a blood vessel disease in which fats build up on the inside of artery walls), which can increase the risk of developing a fusiform aneurysm.

Risk factors for an aneurysm to rupture

Not all aneurysms will rupture.  Aneurysm characteristics such as size, location, and growth during follow-up evaluation may affect the risk that an aneurysm will rupture. In addition, medical conditions may influence aneurysm rupture.

How are cerebral aneurysms diagnosed?

Most cerebral aneurysms go unnoticed until they rupture or are detected during medical imaging tests for another condition.

If you have experienced a severe headache or have any other symptoms related to a ruptured aneurysm your doctor will order tests to determine if blood has leaked into the space between the skull bone and brain.

Several tests are available to diagnose brain aneurysms and determine the best treatment. These include:

What are the complications of a ruptured cerebral aneurysm?

Aneurysms may rupture and bleed into the space between the skull and the brain (subarachnoid hemorrhage) and sometimes into the brain tissue (intracerebral hemorrhage). These are forms of stroke called hemorrhagic stroke.  The bleeding into the brain can cause a wide spectrum of symptoms, from a mild headache to permanent damage to the brain, or even death.

After an aneurysm has ruptured it may cause serious complications such as:

Seizures.  Aneurysm bleeding can cause seizures (convulsions), either at the time of bleed or in the immediate aftermath.  While most seizures are evident, on occasion they may only be seen by sophisticated brain testing.  Untreated seizures or those that do not respond to treatment can cause brain damage.

What research is being done?

The mission of the National Institute of Neurological Disorders and Stroke (NINDS) is to seek fundamental knowledge about the brain and nervous system and to use that knowledge to reduce the burden of neurological disease.  The NINDS is a component of the National Institutes of Health (NIH), the leading federal supporter of biomedical research in the world.  As part of its mission, the NINDS conducts research on cerebral aneurysms and supports studies through grants to medical institutions across the country.

Scientists have long known about the link between cerebral and aortic aneurysm (the aorta is the body’s main artery).  However, they still do not fully understand the relationship between the two types of aneurysm.  Recent genome-wide association studies (GWAS) provide molecular evidence for shared biological function and activities (pathophysiology) of these aneurysms.  A specific site on chromosome 9p21 has been identified as increasing the risk for both cerebral and aortic aneurysms.  This GWAS data, along with linkage data to other susceptible locations for genes or DNA sequences, indicate that individuals and families harboring one type of aneurysm may be at especially increased risk of the other.

Other scientists are studying additional chromosomes and chromosomal regions to identify aneurysm-related genes.

Cerebral aneurysms located at the posterior communicating artery and in the arteries in the back part of the brain (called the vertebral and basilar arteries) are common and have higher risk of rupture than aneurysms at other locations.  NINDS-funded scientists are working to identify the features associated with rupture and use these factors to build a scoring scale to guide and support clinical decisions.

The risk of having an aneurysm burst is difficult to determine and there can be serious complications from surgical treatments.  Researchers are developing a new model to diagnose brain aneurysms based on the presence of molecules that can potentially tell whether there is a high chance of an aneurysm burst.  This procedure can be done by using brain imaging without the need to open the skull.  Not only would this new tool be less invasive, it would also allow for people to be treated before an aneurysm bursts.

Studies indicate aspirin lessens inflammation in cerebral aneurysms and reduces the risk of rupture.  However, aspirin also inhibits the blood cells (platelets) that are important in stopping bleeding once a rupture occurs.  Researchers are using mouse models to examine how inflammation impacts the formation and rupture of cerebral aneurysms, and the molecular mechanisms that contribute to the protective effect of aspirin.

Other research projects include studies of the effectiveness of microsurgical clipping and endovascular surgery to treat ruptured and unruptured aneurysms, the use of various types of coils and other materials to block the flow of blood into the aneurysm, and the influence of blood flow speed and pressure on the success or failure of treatment.

Where can I get more information?

For more information on neurological disorders or research programs funded by the National Institute of Neurological Disorders and Stroke, contact the Institute’s Brain Resources and Information Network (BRAIN) at:

NINDS health-related material is provided for information purposes only and does not necessarily represent endorsement by or an official position of the National Institute of Neurological Disorders and Stroke or any other Federal agency. Advice on the treatment or care of an individual patient should be obtained through consultation with a physician who has examined that patient or is familiar with that patient’s medical history.

All NINDS-prepared information is in the public domain and may be freely copied. Credit to the NINDS or the NIH is appreciated.

If you are reading this, chances are that you or a loved one has a blood vessel problem in their neck or head and are seeking treatment for brain aneurysms. Often, these situations can present themselves in dramatic fashion. At the Portland Neurovascular Center, our physicians are dedicated not only towards providing the best treatment for often complex medical problems, but also towards helping the patients and their families cope with difficult situations. Let us know how we can help you.

Common neurovascular problems that we treat.